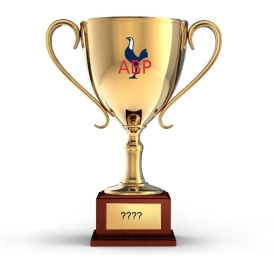 The season’s almost over, we’ve had the PFA player of the year, so now it’s time for the “Anything But Penalties” Spurs end of season awards. Who’s won the coveted prize of Tottenham player of the year? You’ll have to wait until the end of the article to find out.

This category was particularly hotly contested this season with most of our summer signings having a strong case. Eric Lamela almost pipped the former Valencia striker to the post but he had the mitigating factors of both injury and youth on his side. Lamela was not well known to most Spurs fans before he signed and was always going to be a project. Soldado on the other hand was already a big name, the polished, senior striker we have been crying out for. So convinced was I, of his ability, that I even put him in my fantasy football team.

Two goals from open play in the league tells its own story and he now finds himself below 20 year old Harry Kane in the pecking order. I still think he could be a success at White Hart Lane, forwards are well known for taking time to adjust, but this season he has been a huge let down. 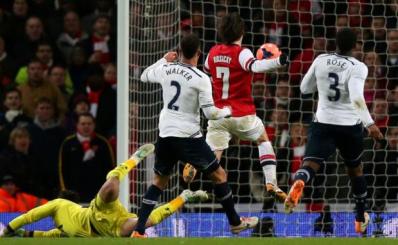 This is another award with a strong field but I feel I have to give it to the diminutive fullback. I’ve got nothing against him personally, he just isn’t very good. Rose is a winger who wasn’t quite talented enough, so he converted to fullback – this shows. He doesn’t seem to have the instincts needed by a defender, his positioning is all wrong and he’s easily bullied. He isn’t that great going forward either.

When Tottenham made the decision to send Assou-Ekotto out on loan and not buy an alternative, Spurs took a huge gamble on Rose. Would he continue the impressive progress he made while on loan at Sunderland? The answer was an emphatic no. 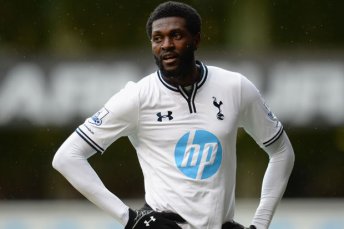 If you’d told me at the start of the season I’d be giving this award to the Togolese striker, I wouldn’t have believed it. A revelation since Sherwood brought him back into the fold, I’m still waiting for him to revert to his old ways but so far it hasn’t happened (well maybe in the wall last weekend at West Ham).

I sat in the third row for Spurs’ home defeat to Arsenal and at such close quarters you could see the immense effort Adebayor put in. He was gasping for breath, sweating profusely, physically broken but still fighting for every ball. A lesson to the rest of the squad – I’m looking at you Chadli.

I still expect it to go horribly wrong at some point but just for this game he deserves the award.

A mainstay of the Spurs defence for three seasons now, it wasn’t till the right back got injured that Tottenham fans realised just how important Walker is. As Danny Rose and Kyle Naughton racked up the errors, it became clear that our other fullback options just don’t compare. 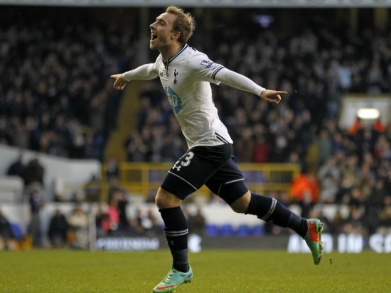 When Spurs have been in a tight spot this year, invariably it has been the Dane who has pulled us out. The comebacks against Dnipro and Southampton are just two examples. He is the kind of player to build a team around and, after Lloris, should be the first name on the teamsheet. With our goalkeeper making fantastic saves at one end and Eriksen working his magic at the other, we’ve won games despite being comprehensively outplayed. Most impressively of all, Eriksen has achieved this despite Sherwood insisting on playing him out of position on the left.

Sigurdsson does pop up with some useful goals. His last minute winner that sealed a fantastic comeback victory against Southampton was this season’s most memorable. However, it was the Icelandic midfielder’s League Cup effort against Hull that stands out for sheer quality. Some people like goals created with subtle skill, some like pure power – this had both. First there’s the audacious flick to beat an opposition defender, then the blockbuster half volley into the roof of the net from 30 yards. 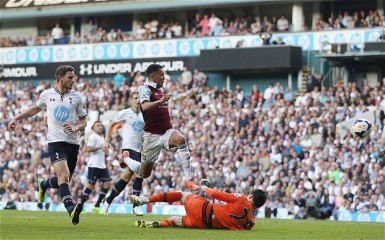 With so many to choose from, this is a particularly hard category to judge this year. Spurs Achilles heal has been games against the top three, with dispiriting thrashings handed out by Chelsea, Liverpool and Manchester City. The 5-0 home loss to Liverpool cost AVB his job but picking one of these would be too obvious. Besides, if you are going to take a beating, at least take it from a decent side.

It was the home game against West Ham back in October that stands head and shoulders above all the others. At White Hart Lane, against a local rival in the relegation zone who don’t have any fit strikers, Spurs contrived to lose 3-0. Many cite the Etihad mauling as the beginning of the end for AVB but this result can’t have helped.

Surprisingly, there are several candidates for Spurs performance of the season. If you like comebacks, there are the dramatic, Eriksen inspired wins against Southampton and Dnipro. There’s also the away defeat of Manchester United – they may not have been at their imperious best this season but any away win at Old Trafford is something to be savoured.

My choice, however, is the away win at Newcastle. This was a barnstorming attacking performance, where everything clicked. You could blame the opposition keeper, Tim Krul, for a series of “assists” but that would be churlish. Back in the heady St James Park air, when Paulinho looked a star and Sherwood’s crazy tactics actually worked, we dared to dream that the season might turn out all right after all.

Christian Eriksen came close, but he hasn’t been nearly as consistent as the French goalkeeper. A brilliant shot stopper and reliable on crosses, where Lloris really stands out is his ability to come off his line fast and decisively. This season he has been let down frequently by the players in front of him and could be forgiven for thinking this wasn’t what he signed up for but he has never let this affect his performances. Another incredible display in last weekend’s loss at Upton Park, saw him pretty much take on West Ham on his own at times.

Do you agree with my choices? Please leave your thoughts in the comments section below.