What a month it’s been for Spurs’ fans.

First we finally came home. Then we remembered how to win again. And now we’re in the Champions League semi-finals (note: not for the first time, the European Cup still counts). 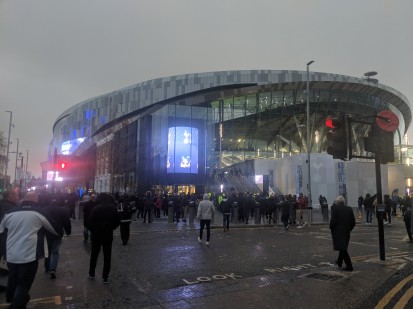 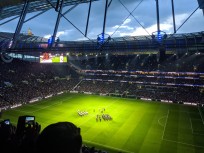 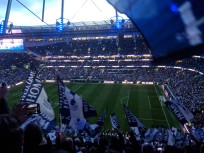 My first view of the new stadium came on its opening night. As I walked up Tottenham High Road it started snowing, adding to the majesty of the spectacle.

I found the first game nerve-wracking in the extreme. You don’t get a second chance at the first result or the first goal scorer. It wasn’t until the next week’s demolition of Huddersfield that I could relax and enjoy our new home; and make no mistake, it is breathtaking.

Next we faced Manchester City and I have to admit, I wasn’t confident. Even with our best team we had to be second favourites, but with no Kane and a lack of options in midfield surely we couldn’t?

I don’t think I have ever been so emotional about a game I’ve watched sitting at home on the sofa. Never has the cliche, a roller-coaster ride, been more apt.

Son and Moura were sensational on the break. Sissoko was imperious in midfield. Then there was Trippier … oh dear.

When Sissoko went off injured we had no midfield but somehow we held on. Somehow we won a corner and Llorente, of all people, scored.

That last fifteen minutes was hell, waiting for the inevitable, and sure enough two minutes into injury time it came. I was crestfallen, in total despair. And then, amid the the chaos as City celebrated, up on the screen flashed those magical words – WHO HAS THE HARDEST PREMIER LEAGUE RUN IN?