Another interesting week in the Premier League saw a rather strange performance from Burnley at West Brom. Sean Dyche’s side managed a very impressive total of 20 shots, but what was more impressive was that not one of those 20 were on target.

Elsewhere newcomers Huddersfield made it two wins out of two. David Wagner’s side top the tackle count from the opening games as he imposes his pressing style on the Premier League. 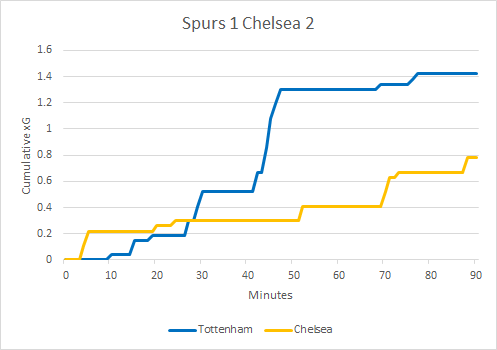 Wembley hoodoo or not, Spurs look unlucky to have lost their opening Premier League game at the iconic stadium. Totttenham started to dominate the chances once Chelsea had taken the lead (on 24 minutes) as they searched for an equaliser and Conte’s players settled in to defend.

In a tribute to ex-boss Tony Pulis, Mark Hughes side took home the points despite an incredibly low 23% possession.

Although Liverpool only won by a solitary goal, they could have had more in a game where Palace offered very little going forwards. Last weeks humiliation at the hands of Premier League new boys Huddersfield seems to have had a profound effect on de Boer. Almost a third of his sides passes were long balls (90 from 285), hardly the Ajax way.

City were perhaps a tad unlucky to draw this one. Especially considering that they were a man down from the 44th minute as Kyle Walker saw red on his home debut. This doesn’t seem to have materially helped raise Everton’s shooting opportunities, even with the introduction of £40 million man Sigurdsson after 61 minutes. 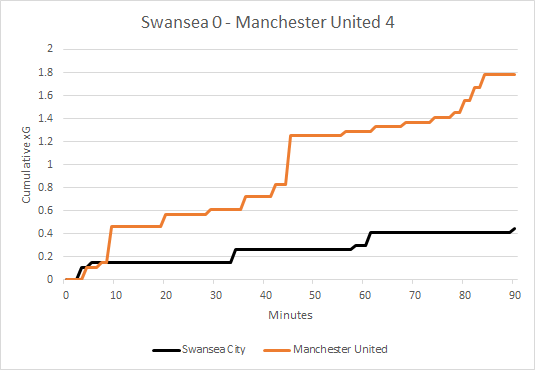 This was another impressive win by Mourinho’s side, who are the only title contenders with a 100% record even at this early stage in the campaign.

For the second week running, Swansea hardly put up a fight. They prop up the division with 9 shots so far from their two matches, while they have allowed opposing team’s a league high 46. It looks like they’re in for a long season.