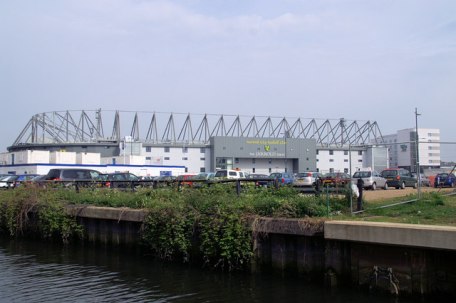 Spurs resume their Premier League campaign this Sunday at Carrow Road. It seems a long time since their last league game, the fantastic 4-0 victory over Newcastle United. Spirits were high after that match, but Thursday’s drab Europa League showing has somewhat tempered the optimism.

Losing 1-0 in Dnipro has not only put Spurs’ Europa League chances under threat, but also broken the momentum that had been gained. Sherwood could be blamed for leaving some of the first team behind, presumably to rest them for the game against Norwich. However the side that played in the Ukraine was strong on paper, and the performance and result were a big disappointment. It is vital that the team gets back to winning ways, and Tottenham must get three points from games like this weekend’s if we are to entertain hopes of Champions League qualification.

Several players should return this weekend after being rested for the trip to Ukraine, including Aaron Lennon, Kyle Walker and Hugo Lloris. Worryingly, reports suggest Adebayor is carrying a leg injury, however he is expected to play. The Togolese striker has gone from the fringes of the squad to the key player for Spurs – we certainly missed him on Thursday night. Vlad Chiriches and Erik Lamela remain injured, while Sandro is getting closer to a return.

Norwich miss Ryan Bennett, Jonas Gutierrez, Michael Turner and Elliott Bennett, while Johnny Howson is a doubt. The canaries haven’t won in four, although they did achieve a creditable draw against Manchester City. They lie 16th, on 25 points, just one clear of the relegation zone, and are the team lowest in the league not to have changed their manager this season. Hughton, the former Tottenham player and coach, is odds on to be the next head coach to face the sack.

Norwich have struggled to score goals, and are the second lowest goal scorers in the league (19), with the worst record at home of all 20 teams (11). They have played 4-4-2 in roughly half their games this term, however recently they have tended to use a variation on 4-5-1, which will likely be the way they line up on Sunday. They tend to rely on crosses and have a bias towards attacking on the right hand side – right sided midfielder Robert Snodgrass is perhaps their most dangerous player.

Interestingly Norwich have been caught offside the lowest number of times in the league this season, and Spurs the second least. This smacks of a lack of movement and invention up front rather than clever forward play.

The big selection dilemma is whether to stick with the tactics so successful at St. James’ Park (4-1-4-1 with Etienne Capoue as a holding midfielder), or to revert to the 4-4-2 Sherwood has often used against smaller teams. I would stick with a winning formula, making the minor adjustment of replacing Lennon – who has been off form – with Erisken. 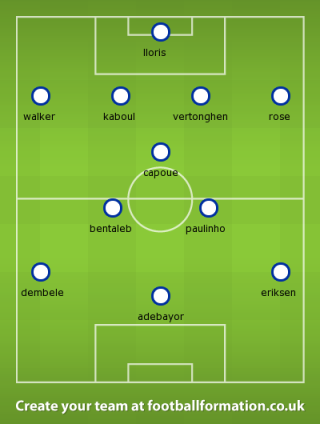 If you think Spurs should pick a different starting XI, please leave a comment in the box below.