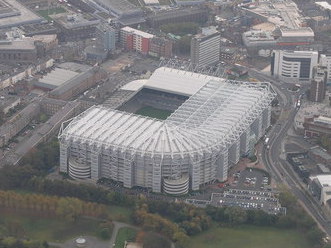 There’s more midweek football on Wednesday night as Spurs travel to the north east to face Newcastle. St. James’ Park hasn’t been kind to us recently, we haven’t won there since September 2008 in the League Cup when we triumphed 2-1 with goals from Pavlyuchenko and O’Hara. You have to go even further back for our last league victory in 2004.

The magpies lie 8th but are on a bad run of form having collected just 4 points from the last 18. They have lost their last two games, both by a score of 3-0, and haven’t looked convincing since losing their star player, Yohan Cabaye, who moved to PSG at the end of January. This is probably a good time to be playing them.

In addition Newcastle’s main danger man Loic Remy is suspended. A one time Tottenham target, he has 11 goals this term including the winner in the match at White Hart Lane. Spurs actually played fairly well in that game and were unfortunate to lose, enjoying 65% possession and creating 31 shots, 14 of which were on target.

Newcastle favour a 4-2-3-1 but have also used a 4-4-2 relatively frequently. One player to watch out for is Hatem Ben Arfa; the frenchman is a potential threat, talented but unpredictable. Seven opposition players are injury concerns including Fabricio Coloccini, Mathieu Debuchy, Cheick Tiote, Gabriel Obertan, Gael Bigirimana, Yoan Gouffran and Papiss Cisse.

Spurs’ have the joint best away record in the Premier League this season, along with Arsenal. This underlines the fact that we are at our best on the break. Newcastle have been particularly vulnerable to counter attacks this term which could play into our hands.

Against Everton our passing was slow and there was little creativity. The team lacked movement and we didn’t provide enough service or support to Adebayor. The question is how can we remedy these problems?

Spurs should continue with a 4-5-1 formation. I would drop Bentaleb to the bench to allow Eriksen to move to the number 10 role, just behind Adebayor. He is our most creative player and is wasted on the left where he finds it hard to get into the game and ends up drifting infield so we lose width.

I would play Paulinho and Dembele in the centre but task Dembele with staying back while Paulinho links midfield and attack. The brazilian is a more dynamic player and therefore more suited to this role. Townsend can then come into the team on the left wing, providing us with width on that side.

These changes will help but improving our movement off the ball is critical, especially in central midfield.

So my team would be: 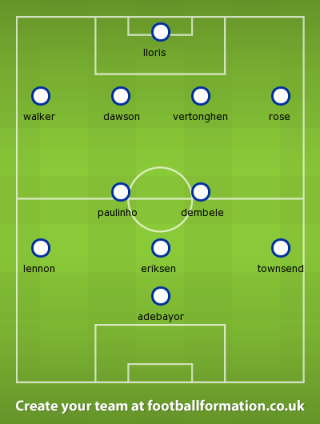