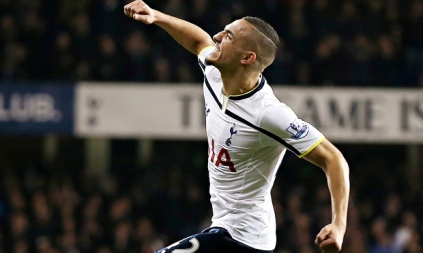 After an excellent win against Newcastle in midweek, it will be interesting to see how Pochettino sets up his team up for the visit of Burnley.

The league cup victory saw us move the ball quicker, put more pressure on the opposition and play more incisive passes. Will Spurs be able to build on this, or revert to type and falter against a likely defensive side at home?

Burnley are hovering just above the relegation zone in 17th, but managed a very creditable 1-0 win over Southampton in their last match.

Sean Dyche has set his team up in a 4-4-2 or 4-5-1 this season. His team’s base statistics are quite striking, featuring near the extremes in several categories and giving a clear indication of their playing style.

They certainly don’t play a possession game, coming second last in the division (42.2%).

They are strong in the air, second only to Stoke for aerial duels won (averaging 23.2 per game).

They are less aggressive on the ground, having made the fewest tackles in the league (16.3 per game). Interestingly Spurs top this statistic averaging 22.5.

Defensively they have not been strong, giving up the third most shots.

They rely on long balls, the most in the league with 80 per game. Their attack is very much biased towards the right, they attack down this side more than any other team.

Emmanuel Adebayor has returned to London and could be available for selection. Eric Dier should return from a foot injury meaning Spurs have a full squad to pick from.

Burnley have Michael Duff out with a calf injury, while Sam Vokes is not quite ready to return after a serious knee problem.

The impressive 4-0 win in the League Cup in midweek showed that Pochettino has finally discovered a spine for his Spurs team. Fazio and Vertonghen are forming a good partnership at the back. Bentaleb is showing promise in front of them. Eriksen provides the creativity in the centre and Harry Kane is the driving force up front.

Lloris was of course rested against Newcastle, but he can be added to this list.

Last week Swansea dominated the midfield until Dembele and Stambouli came on, showing up Mason and Bentaleb’s lack of experience and strength. Burnley are a very different proposition and are unlikely to press so much or retain as great a share of possession, so here I think we should stick with the youngsters.

Do you think Spurs will beat Burnley? Do you agree with my team? Let me know your opinions in the comments below.