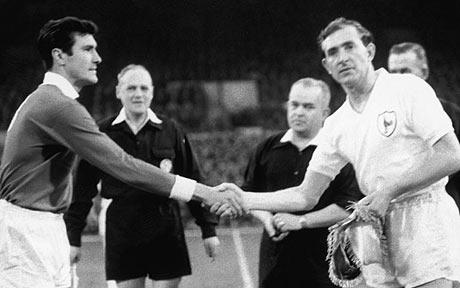 Spurs return to Europa League action on Thursday night against Portuguese league leaders Benfica. It’s still only the round of 16, despite Tottenham having played 10 games in the competition to get to this stage. It’s at this point that all the effort begins to seem worthwhile, as we contemplate a knockout tie against one of the legendary names in European club football.

Benfica have a long and glorious history, including 32 Portuguese league titles, while finishing runners-up on a further 27 occasions. Like Spurs, their heyday came in the 1960s, where they reached five European Cup finals, winning back to back trophies in 1961 and 1962. In fact they defeated Spurs in the 1962 semi-finals on the way to beating Real Madrid in the final. This was our only competitive meeting.

Currently Benfica lead the Portuguese Primeira Liga by seven points, from local rivals Sporting Lisbon. In the league they are on a five match winning streak, and are unbeaten in 21 consecutive games. They are bringing some very impressive form into this match.

The Portuguese club were unfortunate to drop into the Europa League, after finishing third in a tight Champions League group. Benfica finished three points behind PSG who they beat in their final match, and level on points with Olympiakos, Manchester United’s conquerors. They only missed out on a place in the knockout stages on head to head record.

In the Europa League last round, they comfortably defeated PAOK Thessaloniki, winning both home and away. They were beaten finalists in last years competition, losing in the final to Chelsea.

Benfica have based much of their success on Serbian and South American players. Nemanja Matic, who was key in their midfield, moved to Chelsea in the January transfer window. Another young Serbian, Ljubomir Fejsa, has been impressive, replacing him as their holding midfield player. He is a doubt for the match, which could be a big blow for the Portuguese.

Benfica are unusual, in that they are very good at playing possession football, but also have fantastic counter attacking options. They often line up in a 4-2-3-1 with inverted wingers, and it is these wide players that may pose Tottenham the greatest threat, if they play – there has been some suggestion that they may rotate the squad to concentrate on the league.

Lazar Markovic, who plays on the right, (another young Serb) has a terrific burst of acceleration. On the other side is Argentinian Nicolas Gaitán, a dangerous midfielder who has been in great form recently. Both have been linked with moves to England; to Chelsea and Manchester United respectively.

After the dispiriting defeat at Stamford Bridge, Spurs must lift themselves. With fourth place looking beyond our reach, we may as well go all out in this competition, our last chance of silverware this season. Unfortunately we do have the small matter of the North London Derby on Sunday to distract us.

In the aftermath of Sherwood’s post match interview and his criticism of some unnamed players, it will be very interesting to see who he selects and how they perform. Will some big names be missing from the squad? Hopefully it will galvanise the team – I worry that it may have further damaged morale.

Spurs must do without captain Michael Dawson after he limped off on Saturday with a hamstring problem. Christian Eriksen is back in contention after missing two matches with a back injury. The Dane could be key to ending the recent malaise. He was our saviour in the last round, and is the one player in our squad with the ability to conjure a chance out of nothing.

2 thoughts on “Spurs Benfica Preview – Can Tottenham bounce back?”